Bute Park’s history goes back hundreds of years, and over the centuries the land has been through many changes.

During the 1100s the land that we know today as Bute Park was dominated by the castle and River Taff and was used for small industries, religion and agriculture. These activities reflected Cardiff’s main trades at the time and its importance as a religious centre.

By 1766, the wealthy Bute family inherited the castle and by the late 1800s had begun to develop the grounds. The land surrounding the castle was brought together and pleasure gardens were created.

Andrew Pettigrew worked closely with architect William Burgess to create a landscape that complemented the ornate work on the castle.

In 1855 the Bute Family closed Cooper’s Fields to public access. However in 1857, Sophia Gardens was opened to the public by the Bute family in compensation for the exclusion of public access from land on the east side of the river – now Bute Park.

Andrew Pettigrew entered the employment of the Bute Estate at Dumfries House, Ayrshire. He was appointed as head gardener to the third Marquess of Bute in 1873 and worked closely with the Marquess and his architect William Burges to lay out the castle grounds, now Bute Park.

In the late 1800s both the Swiss Bridge and Animal Wall which were designed by William Burges were constructed.

In 1947 the Fifth Marquess of Bute gifted the Castle and grounds to the people of Cardiff and the land was turned in to a public park which was opened on April 15th, 1949.

Today the land is the ‘green heart’ of the city and provides a habitat for wildlife, a beautiful and extensive arboretum, as well as a venue for major public events.

After interest from the general public, the park underwent restoration from 2010 to 2014. The project was supported by a £3.1 million grant from the Heritage Lottery Fund and focused on:

You can also discover the history of the City and it's people at the Museum of Cardiff. 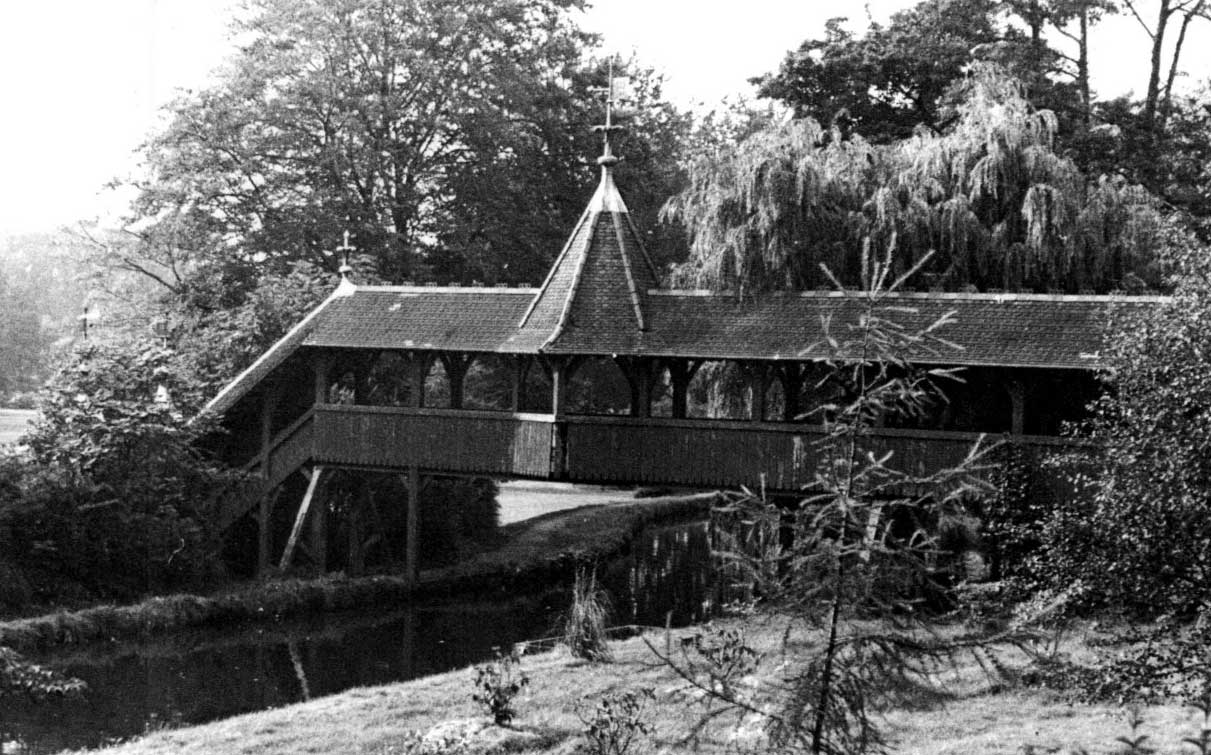 In the 1870’s, Burgess constructed the Swiss Bridge, a new exit from the castle to the private grounds over the old mill stream. When the West Gate was reconstructed in the 1920s on instructions from the 4th Marquess of Bute, the Swiss Bridge was moved to cross the dock feeder below Castle Mews.

Sadly the Swiss Bridge was dismantled following vandalism in the 1960’s.

This vintage-style tea room is located at the southern end of the park in the handsome West Lodge building on Castle Street. Learn more.

Download the ‘Love Exploring’ app to play for free Are you on the lookout for things to do with the family in Cardiff? Have you ever visited somewhere and wished there was more to do? The Love Exploring app puts the power of discovery in your hands by providing a range of quiz trails and... View ‘Love Exploring’ app Learn more.

The People's Door - a work of art. Learn more.

Bute Park for the young-at-heart

Bute Park for the young-at-heart

There are several trails, activities and play features throughout Bute Park for you to enjoy. Many will help you learn more about the park and what lives within it. Learn more.

The City between the wood and vines. Learn more.

This beautiful woodland is designated as a Site of Interest for Nature Conservation (SINC) because of its importance to wildlife in Cardiff. It includes plants such as wood anemones, toothwort, moschatel (town hall clock), and ramsons (wild garlic), which are characteristic of native ancient woodland. Learn more.

The Charter for Trees, Woods and People sets out the principles for a society in which people and trees can stand stronger together. Learn more.

This circular collection of stones was installed in 1978 to commemorate the Welsh National Eisteddfod in Cardiff. Learn more.

Blackfriars Friary is an ancient scheduled monument and a grade II listed building dating back to the 13th Century. Learn more.

The body of water along the western edge of Cardiff Castle is known as the Mill Leat. Learn more.

Animals peer over the wall from the park onto Castle Street delighting generations of residents and visitors. Learn more.

The River Taff is 64 km long and is formed at Cefn-coed-y-cymmer in Merthyr Tydfil at the confluence of the rivers Taf Fechan and Taf Fawr. Learn more.

We'd like to say a massive thank you to the organisers of @xmasatbutepark for inviting our families and staff along to enjoy the illuminations this year. They enjoyed some quality time together, making new memories and remembering our loved ones who are no longer with us.

It's been great to hear how people are talking about our #ArtWorkers scheme at such a prestigious event @xmasatbutepark
Check-out the great pic in this article of Lucie, who's been with us since she was 12-years old.
https://businessnewswales.com/wales-creatives-unite-for-its-biggest-ever-festive-lights-trail/

Guided walk around Bute Park looking at the fascin

Connect to nature. Sign up now for your free Big

Our Ranger and her volunteers have been doing some